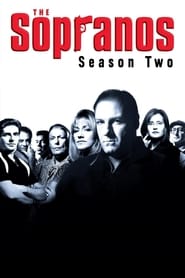 His uncle’s in jail. His mother’s in the hospital. His best friend’s still missing. His sister’s moving home. His panic attacks are back. And his shrink refuses to see him. Tony Soprano has recently been elevated to the status of mob boss following a federal bust and as the second season picks up, Tony is under more stress than ever as he deals with the demands of his new position. Making matters worse, his long-lost sister Janice has arrived to take care of their ailing mother.