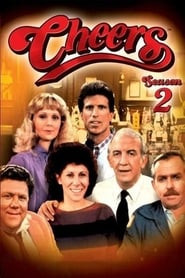 The second season of Cheers, an American situation comedy television series, originally aired on NBC in the United States between September 29, 1983, and May 10, 1984, with 22 episodes. The show was created by director James Burrows and writers Glen and Les Charles, and was produced by Charles Burrows Charles Productions in association with Paramount Television. The second season has been released on DVD as a four-disc set. The show won Emmy Awards, including one for Outstanding Comedy Series, in 1983 and 1984. Critical reception was mostly positive, with negative commentary about the extended romance between Sam and Diane.