Cassius Clay rises from amateur boxer to 1960 Olympic gold medal winner. He turns professional and moves to Miami, sharpening his boxing skills and honing his genius for self-promotion. Meanwhile, he quietly joins the Nation of Islam and becomes a confidant of Malcolm X. In 1964, he shocks the world by upsetting the heavily favored Sonny Liston to win the heavyweight championship. 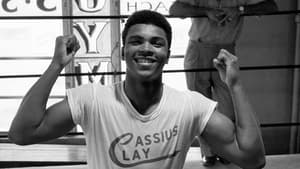