After a young woman is found raped and murdered near a nightclub with five hundred dollars stuffed into her mouth, Benson and Stabler follow the fingerprint trail on the money to Attorney Jason Whitaker, whose sole responsibility seems to be handling the trust for the Duvall family. Soon detectives are convinced that Gabriel Duvall is their rapist, but don’t have quite enough evidence to put him away. ADA Novak is working on both the case and a terrified former victim when she is brutally attacked in her office late at night. The crossover continues on Law & Order: Trial by Jury S01E11 Day (II). 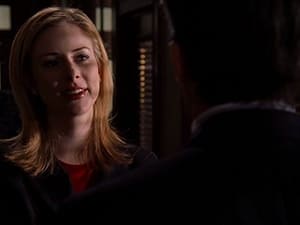